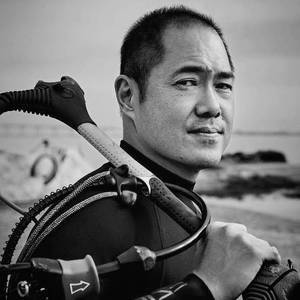 Bill Tai has been funding startups since 1991 as a venture capitalist. Bill is Founding Chairman of Treasure Data; a Board Director of BitFury and Voxer, Chairman of Hut8 Mining and a lead seed investor in fun companies including Canva, Color Genomics, Kickfurther, SafetyCulture, ShoesOfPrey, Tweetdeck/Twitter, Treasure Dataand Zoom Video. In the crypto currency sector he helped launch the ICO's of, and is an Airswap YODA, and Ambassador for Powerledger

He started his career as a computer chip designer, joining LSI Logic, a seminal Silicon Valley startup formed by the CEO of Fairchild Semiconductor after college.  After a Master’s at Harvard, he was issued badge #A001 at the startup of TSMC (NYSE:TSM) then established the semiconductor practice at Alex. Brown & Sons positioning the IPO's of foundational silicon companies including Adaptec, Atmel, Cirrus Logic, Dallas Semiconductor, Zilog and others.

Bill established the Silicon Valley office for CRV and is a Partner Emeritus backing Scribd and Wish.com on CRV's behalf.  In prior years he served as Partner at IVP,  Founding CEO of iAsiaWorks (IPO via Goldman Sachs & Morgan Stanley) and Founding Chairman of IPinfusion (Tokyo:4813).  He has served as Board Director of 7 publicly listed companies (AWRD EGHT IAWK NPIX TMTA TUNE and IMGO) that grew from startups he funded at their formative stages, and has backed 19 companies that grew to become publicly listed companies on NASDAQ.

He holds a BSEE with Honors from the University of Illinois and an MBA from Harvard, serves on the World Economic Forum's Technology Pioneer Committee and is an Adjunct Professor of Innovation at Curtin University in Perth, Australia.  Outside of his commercial activities, he is co-creator of the Extreme Tech Challenge,BlockChain Summit,  and board chairman of ACTAI Gobal a 501(c)3 public benefit corporation supporting the Ocean and it's ecosystems.